This post is a continuation of the previous one entitled Confronting Dinosaurs.

And it's not as though there was only one period of prehistoric creatures. The fossil record shows beyond doubt that there were numerous distinct periods. The therapsids lived before the dinosaurs; the dinosaurs lived before the mammoths. And even among dinosaurs, different layers of rock reveal distinct eras. Stegosaurus, Brachiosaurus and Allosaurus are never found in the same layers of rock as Tyrannosaurus rex, Triceratops, and Velociraptor. The conclusion is that each existed in a different period; the former lived in a period which has been termed the Jurassic, while the latter lived in the Cretaceous period. This is not part of some evil conspiracy by scientists, nor the result of mistakes on their part. Any paleontologist could win instant fame by finding a Tyrannosaurus rex fossil in Jurassic rocks - but nobody has ever done so, which shows that T-Rex lived much later, in the Cretaceous.

Unfortunately, it shows no such thing. Anytime supposedly later fossils are found in supposedly earlier beds or vice versa, evolutionists simply cut up the beds to conform to the dictates of the theory. If Rabbi Slifkin actually bothered to study evolutionary geology, he would know this. The fact is, geologists already knew – over one hundred years ago! – that supposedly earlier strata are regularly interbedded among later strata. And not merely in one isolated instance. This phenomenon occurs frequently all over the globe!

Furthermore, the fossil record Rabbi Slifkin puts so much faith in (The fossil record shows beyond doubt that there were numerous distinct periods) is entirely bogus. Sometimes Jurassic is found before Cretaceous, sometimes after. This disparity is so frequent that in order for evolutionary geologists to account for it they have been forced to come up with a fantastic mechanical explanation called “overthrusting”. They don’t know how it works; they only know that it works. Why? Because they need it to work! When challenged with the idea that such incredible movements of the strata are invoked by evolutionary geologists solely due to the fact that fossiliferous strata happen to be found in an order that contradicts their theories, one writer (a famous Swiss evolutionary geologist) responded as follows:

the most incredible mechanical explanation is more probable than that the evolution or organic nature should have been inverted in one country, as compared with another

It is upon such nonsense that Rabbi Slifkin puts all his trust, allowing himself to be duped while simultaneously duping others. The above has been discussed numerous times on this blog wherein the scientific literature has been delineated, chapter and verse. Don’t believe the hype! There is absolutely nothing about the existence of dinosaur fossils or the order of the beds they are found in that contradicts the timeline of our mesora in any way.
Posted by Simcha Coffer at 1:05 PM No comments:

In a recent post, Rabbi Slifkin writes as follows:

How do you evaluate whether a professed expert on Torah and science is worth his salt? One step (of many) is to see whether he is ready to confront dinosaurs… whether he is ready (and has already thought about) some very basic questions. Like, when the dinosaurs live? Did they live at the same time as people? Did they all live at the same time as each other? And if so, why are their fossils consistently found in different layers of rock?

Ahhh… dinosaurs. Again. Evolutionary scientists claim that dinosaurs lived millions of years ago. Combined with their remarkable structure and categorical absence in today’s zoological landscape, dinosaurs have become the very image of the purported Torah-Science loggerhead. Indeed, Rabbi Slifkin’s primary Torah-Science book has a picture of T-Rex prominently featured on the cover.

But here’s the thing. Dinosaurs are actually the easiest thing to answer! The truth is, the dino problem is nothing more than evolutionary dogma combined with media hype. Dinosaurs went extinct some time in the past just as countless other life-forms. Extinction is an ongoing reality which most-likely attended the biological condition from its very inception. So what? Extinction has nothing to do with age. There are over 750 documented species that went extinct in the past 500 years alone. Dino fossils don’t come with an “age” stamp. Fossilization occurs rapidly and there’s no way to know how old a fossil actually is.

Rabbi Slifkin misleads his readers (or perhaps himself) by asking:

Did they all live at the same time as each other? And if so, why are their fossils consistently found in different layers of rock?

Unfortunately, this is simply not true. Dinosaur fossils are consistently found in identical rock layers. All one has to do is study the material. But rather than conducting a proper scientific investigation of the material at hand, Rabbi Slifkin chooses to base his conclusions on sensationalist stories in low level media outlets. This blog has already demonstrated on numerous occasions that dino fossils are often found in identical layers and it is merely evolutionary dogma which dupes the public into thinking otherwise. Rabbi Slifkin has no business writing the things that he does. His blog is supposed to be an explication of the “rationalist” approach to Judaism. Rationalists form their opinions based on empirical observation, not subjective belief.

Interestingly, the Christian Young Earth Creationists (YECs) are eager to confront dinosaurs… Yet there is no parallel to this amongst Orthodox Jewish YECs. Whether they ultimately claim that dinosaur bones are an incredible work of art created by God, or that they lived before the Flood, one finds that Orthodox YECs simply do not want to discuss the topic at all.

Actually, I find this comment insulting. I am an Orthodox Jewish YEC and I have spent countless hours, days, weeks, months, and even years discussing dinosaurs. I personally have penned several dozen posts on this blog dealing with this issue and in fact have discussed it directly with Rabbi Slifkin in online debates and even discussed it with him in person when he came to Toronto. My Rebbi, Rav Avigdor Miller, spent sixty years discussing the issue of dinosaurs. His books are readily available. Rabbi Slifkin’s comment is simply false.

Here’s some more from the good Rabbi:

Forget abstract jargon about radioactive decay and cesium atoms. Think about something tangible and familiar, such as animal life. The fossil evidence clearly shows that there were dinosaurs and all kinds of other creatures which lived before people (since no fossils of contemporary creatures are found in the same strata).

Once again, this claim is simply false. Here's something "tangible and familiar". Dino fossils were recently found on the North Slope of Alaska in the exact same location that old cow bones would be expected to be found.

Dinosaurs pose no problem to our mesorah. The Torah states that Hashem Created all life forms recently over a period of six days. Science provides no evidence to the contrary and in fact all the available evidence points to rapid creation.
Posted by Simcha Coffer at 5:56 AM 1 comment: 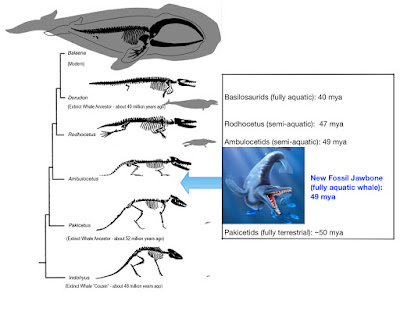 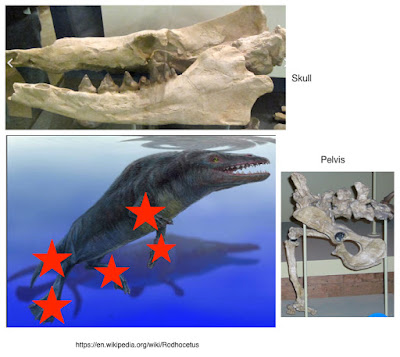